Queerphobia and the Nigerian Media. 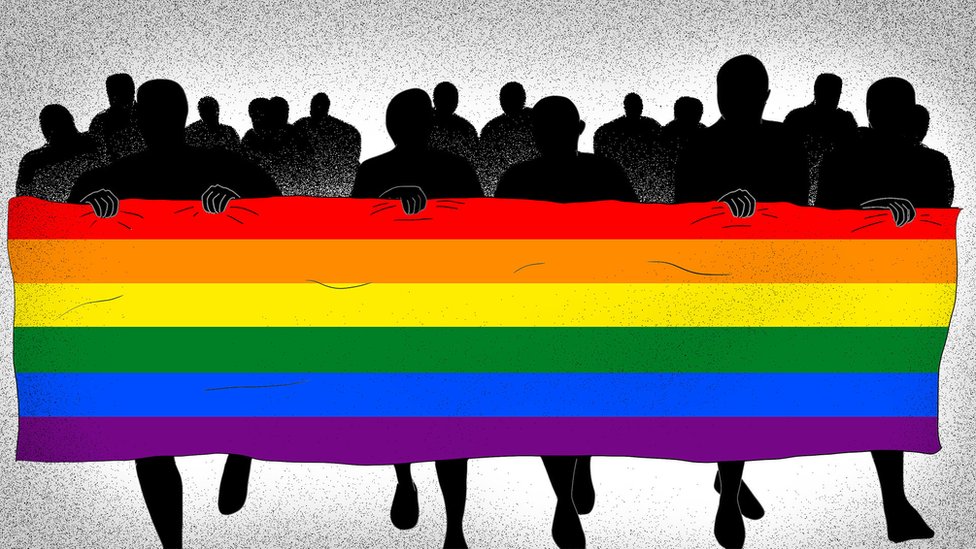 Queerness is criminalized in Nigeria and false reporting further endangers Queer lives in the country.

Violence against queer people in Nigeria is supported by the media. From blogs to media houses, to random internet users, queer Nigerians are harassed and discriminated against. With the level of queerphobia in the country, it is no surprise that this violence/toxicity is supported by the Nigerian media. Every month, a queer person is either getting bullied on blogs, receiving threats from strangers and/or being scared.

Quick research by us shows that this culture of being queerphobic runs deeply and isn’t just a way to increase the clicks on their website or social media pages, but is a way of showing the queerphobia of people in the position of power.

Speaking to Mide, a creative, he tells us about getting outed by his ex-boss to his new boss; the both of them being media personalities. “It happened in a crazy, unusual way,” Mide says. “So I left my former office in January last year, then I joined another firm, only to be called by my boss to talk about my sexuality because apparently I was outed by my ex-boss who claims to be an ally. Next thing I was called by the director of an accomplished art committee in the country, and that’s how I started hearing different things about me in regards to my sexuality.”

For Mide, this single act robbed him of the opportunity to tell his own story. “I also remember when my boss told me about talking to the judges of a competition she organized, asking them to change the winner because a queer writer had won, and she didn’t want to be associated with queerness.”

“So about three years ago, I woke up to lots of notifications. When I checked it, I saw that people were sending threats to me, telling me to repent, and just insulting me. After a little digging, I found out that I was on a popular Nigerian blog for a post I made in an LGBTQ+ group on Facebook.” Samuel tells us. “As at that time, I was still in school so that was how I got outed to my friends and coursemates. Nothing that I did in making them take down the post worked.”

Just like Samuel, Favour woke up one morning to screenshots of a school blog uploading their pictures on Whatsapp, and writing Lesbian, boldly on it. “I don’t talk about it now, people seem to have forgotten, but at the time, it was all they could talk about. A boy would see me and ask me if I wanted to have sex with him so that he could change me. Sometimes, they’d laugh and say ‘so that’s why you dress like a man’ then try to confirm if I truly have breasts. It’s funny now, but it was depressing then.”

Reporting on LGBTQ+ issues by the Nigerian media is biased and dangerous. “The media is meant to stand in the place of truth and justice, but as it is in Nigeria when it comes to the reporting of LGBTQ+ news, we see how the media enforces homophobia and transphobia. There are tons of false reporting out there, which is very dangerous to queer lives.” LGBTQ+ Activist, Matthew Blaise tells us. “They find it hard to properly research queer issues before publication. They’re keen on inciting the violence, and endangering queer lives,” they add.

Presently in Nigeria, there are only two media outlets that come to mind in fair reporting of LGBTQ people and culture; Zikoko and YNaija. While one would expect other media outlets to follow suit and support fairness and integrity in the reporting of queer news, these other outlets are rather creating an unsafe space for queer people, dedicating their time to incite violence and being a part of the oppression.

*names have been changed for anonymity.