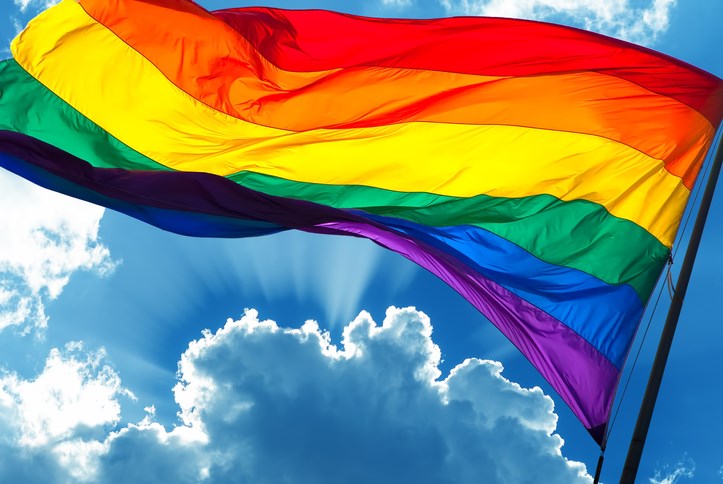 Despite the persecution, a good number of allies continue to stand in solidarity with members of the queer community in Ghana

What is Happening in Ghana?

On the 31st of January 2021, LGBTRightsGhana hosted a fundraiser which served as the official opening of a community safe space where queer Ghanaians could access healthcare, therapy, and support. This news was received with joy by queer Ghanaians facing difficulties accessing healthcare, housing and state protection. However, their joy was short-lived as the fundraiser also caught the attention of corrupt politicians, lawmakers and religious leaders in Ghana who have since then used various media outlets and the state’s security forces to circulate false narratives about the organization as well as incite violence against members of the LGBTQ+ community in Ghana.

Ghana is one of the seventy countries in the world that criminalizes same sex relationships. Section 104 of the Ghanaian Criminal Code criminalizes unnatural carnal knowledge which has been interpreted to mean penile penetration of anything other than a vagina. This homophobic law which is a colonial import is being used to perpetuate physical violence, severe human rights abuse, and discrimination against LGBTQ+ folks in Ghana because of their sexual orientation and gender identity.

Following the event of the 31st of January, homophobes like Moses Foh-Amoaning urged the police to shut down the community safe space and arrest the leaders of the Organization, the Gender Minister-Designate Adwao Safo boldly asserted that the criminality of LGBT is non-negotiable, and the catholic bishops have launched hateful media campaigns against the LGBTQ community.

The founders of LGBTRightsGhana have since received death threats and as a result many visible and outspoken queer activists have had to go on air to debate the legality and validity of their existence. Considering these persecutions, LGBTRightsGhana was forced to temporarily close its offices to protect the safety of its staff and members but this did not deter the authorities. On 24 February 2021, the community space was raided by Ghana’s national security forces and the organization lost access to their space. In a statement following this closure the organization urged the queer community not to panic and to prioritize their safety.

It has been over one month since the fundraiser and the queer community in Ghana continues to experience heightened state sanctioned human rights violation. Queer folks have expressed concern for their safety since the attacks started. “I am really anxious and worried about my safety and the safety of all queer Ghanaians.” says DC, 25. “We are getting threats from all angles”

When commenting on the condition of queer folks in Ghana, David Larbi the General Secretary of LGBTRightsGhana said; “There have been so many cases of abuse of queer people. Some of them are being blackmailed, beaten up and outed on the internet. The police are part of the oppression and they arrest and take advantage of people they perceive to be queer.”

Abdul-Wadud the communication officer at LGBTRightsGhana says since the anti LGBT campaigns started his life has changed. “My identity is now public, and everybody knows I am a gay person fighting for the rights of LGBTQ persons so my safety in public spaces is not assured. We are in a position where our movements are restricted. I can no longer go back to my old life and I have to readjust whatever it is I have left to see how I can fit into this society of hatred.”

How Can You Help?

A group of Ghanaian feminists called the Young Feminist Collective put out a statement rejecting the ongoing violence meted out to queer folks by the state and religious bodies and offering their unequivocal support to queer Ghanaians everywhere. Similarly, notable professor of law H.K Prempeh who is the Executive Director of the Centre for Democratic Development launched an intellectual defence on the rights of queer folks to be able to operate an office in Ghana. Stating that the laws in Ghana against LGBTQ+ persons is colonial and ambiguous.

When asked what changes they wanted to see in Ghana queer folks asked for the repealing of the laws discriminating LGBTQ persons in the country.

Abdul-Wadud said; “Tolerance and acceptance. I expect Ghanaians to educate themselves and realize that LGBTQ rights are human rights and LGBTQ folks are humans deserving of the same respect accorded everybody else.”

According to David, since the closure of their physical office, the organization has continued to provide a community for queer Ghanaians online. Going back to how the organization was started. “We are still highly active on social media and provide a community for queer Ghanaians on social media. We have a WhatsApp group that has been there since 2018 and LGBT folks share their stories and encourage each other there.” He added.

Now more than ever, queer Ghanaians need proper show of allyship. No matter where you are in the world, you can help by standing in solidarity with queer folks in Ghana. Use your platform and privilege to follow, support and amplify the voices of queer activists in Ghana. If you can, donate to the community support fund using this link.

How to avoid depressing situations as a queer person in Nigeria

This website uses cookies to improve your experience while you navigate through the website. Out of these cookies, the cookies that are categorized as necessary are stored on your browser as they are essential for the working of basic functionalities of the website. We also use third-party cookies that help us analyze and understand how you use this website. These cookies will be stored in your browser only with your consent. You also have the option to opt-out of these cookies. But opting out of some of these cookies may have an effect on your browsing experience.
Necessary Always Enabled
Necessary cookies are absolutely essential for the website to function properly. This category only includes cookies that ensures basic functionalities and security features of the website. These cookies do not store any personal information.
Non-necessary
Any cookies that may not be particularly necessary for the website to function and is used specifically to collect user personal data via analytics, ads, other embedded contents are termed as non-necessary cookies. It is mandatory to procure user consent prior to running these cookies on your website.
SAVE & ACCEPT
PRESS ESC TO CLOSE